No Goats, No Glory


No Gitz  Goats, No Glory 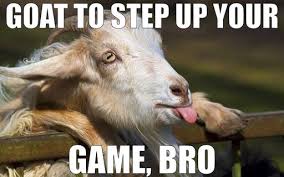 I’ve already taken a risk even talking to you.

Look, just take this note, it’ll explain everything! I’ve got to go!

If you are reading this then it is likely I have been attacked and missed repeatedly by Goblins. They might have even hit me, who knows?  If I you see me down the street with a mild injury you’ll know my fate. But I want to use some of the many years left to me to explain why….

I am a very loyal person, my heart is true (Shuttup Farstriders! I wasn’t talking to you!) and my love of Zarbag’s Gitz runs deep. But lately I…well, I fear my head may have been turned. You see I-....   Do you mind if I drop the italics? It’s murder on my throat.

Well, as you might be aware, Beastgrave is approaching like with all the subtly and stealth of a No Deal Brexit, and if Tokengate is anything to go by, will leave a similar number of people bankrupt. Those dang optional tokens. It’s always the ones you least expect.   Like Brexit, there’s plenty of rumour and innuendo swirling around. Like Boris Johnson’s incompetence, we’re beginning to see that many of the rumours are true.

We suspected there’d be a Beastmen warband, and the preview article as dropped today, and like Instagram followers of Draymond Green (look! A US friendly reference), we got rather more than we bargained for. In short we got every dang faction specific card, and all the fighter cards.

Whooo, boy. There’s a lot to go through here, and as usual I’ll leave most of it to those who are better at this sort of thing than I  [Click this link to read Michael Carlin's (second only to George among Carlins) review of the Despoilers https://steelcityunderworlds.com/2019/09/18/graskraks-despoilers-its-always-sunny-in-beastgrave/];  suffice to say I’m REALLY Excited by this warband. 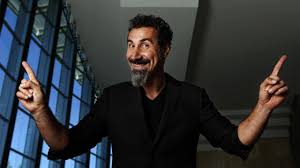 Surge is fancy-talk for ‘score immediately objectives’, but the developers have really lifted their game with these. Despoilers is an amazing objective. If three of your fighters are holding objectives at the end of an activation, boom! Two glory. Thank you very much. Killing Blow gives you a glory if you take an opponent out of action provided they weren’t wounded beforehand. Doesn’t matter where; doesn’t matter how big they are; if they go from picture of health to rigor mortis in one swing, you’re golden. Stampede is a re-badged No Escape from Magore’s Fiends. While Raiders gives you glory for sending your goats over the border like in the beginning of Blood Diamond*.

The large number of Surge objectives available to them, plus the universals we all know and love such as Shortcut, Martyred, What Armour?, Warning Shot, Calculated Risk and Branching Fate, mean you’ll have the ability to score glory like a mad person. All told I get a distinctly Ylthari’s Guardians vibe from the goats – fast flexible fighters, furiously…er… fcoring fobjectives?

*Hopefully your raid will go more successfully than that one.

As with objectives, the developers are clearly flexing their design muscles with Beastgrave. There’s a ton of interesting ploys in here, too many to go into much detail with, but there’s some obvious synergy available to the goats. Skirmisher may well become Keep Them Guessing’s new BFF. Bull Charge can either push your Ungors over the top for a crucial attack, or make Draknar’s inspiration switch to sword attacks really work for you.  Vile Invaders looks like a really solid push card, perhaps one of the best available at the moment (We miss you Distraction, come back soon!), and can score Despoilers much more efficiently.

Meanwhile Blood Taunt gives you a veritable salad of good options (even if a Guard token and +2 dice for the next activation don’t seem to gel too well), for the low, low cost of a wound token.  All of these seem really solid (and could help score Bestial Cunning to boot).

Weight of Numbers looks like a worse version of Piling On, but should not be discounted. Yes, you’re locked into using Hunters, which isn’t great, but you only need one other fighter to meet its condition, not the 2+ that Piling On requires. 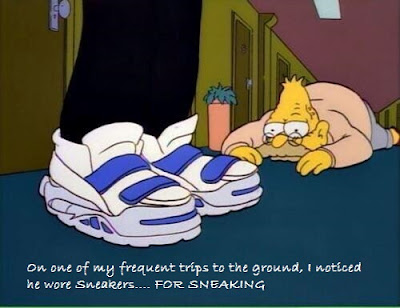 Inspiring to two dodge and having a whopping 3 fury attack, this guy deserves special mention. Okay, okay, you’re here for the Hidden Paths action. Wow. What an option. There are so many possibilities! Here’s a few things that The Sneak allows you to do:
·        Score Shortcut easier than falling off a log
·        Grab an objective placed on an edge hex, scoring either Supremacy or Despoilers. Possibly both.
·        Introducing Fated Blade to Ylthari’s face (only if inspired though)
·        Help score Keep Them Guessing or Swarm the Battlefield
As a two wound fighter, he’ll last about as long as any character not called Stark in Game of Thrones; but he’ll be much more interesting than any character called Snow, that much I can guarantee.

It’s all about the Ritual 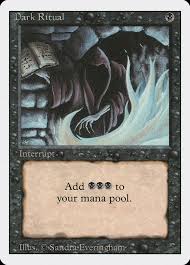 Ghaskrak’s reaction might be one of the coolest abilities we’ve seen yet. A rechargeable Stolen Fate, that doesn’t cost any glory and can be fuelled by the untimely demise of your own hunters? Oh, and did I mention it can help score an objective?  Sign me up.

I suspect that the Ritual ability will not only provide some of the greatest skill testing moments while playing the Despoilers, but secretly makes their attack stats much better than they would otherwise appear.  With Ritual backup, and inspired Draknar becomes a guided missile.  It would be nice if the reaction were to occur after the attack the ritual raises Draknar’s odds of getting a critical hit with Cleave significantly above 50%. Give him Great Strength or Glory Seeker, and he’s a very real possibility of Killing Blow-ing  Stormsire.


Time for a Deck Pic 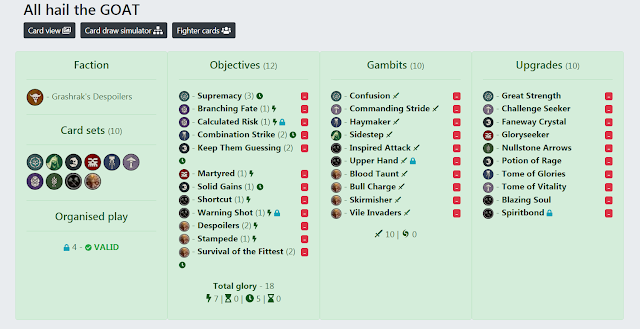 This is my list so far. I’m not entirely happy with the ploys, but I feel like the other two categories are solid.  My objectives stand at a solid 18 total glory, with 7 surge cards.  I feel most are self-explanatory, though Warning Shot might be a mite contentious, given that only two fighters have stock ranged attacks. Nullstone Arrows is a workable backup; and Supremacy is just too useful to ignore, especially with Despoilers around.

Strategically, I feel the best way forward is to range control where possible, and avoid over committing early.  Whenever you can, I think it’s worth taking the third objective, as you have movement and shenanigans enough to not mind overly when it comes to board set up.


I must say I’m very excited to see what happens to these goaty bois. I can see them playing quite flexibly, and not being too far from the Gitz that I know and love. I’ll let you know how I get on.

As ever, I’d love to hear your thoughts on them and anything else Underworlds; feel free to drop a comment below or on Facebook.

BONUS FEATURE
Remember way back when I said I’d do an article on Aggro Gitz? Well, unfortunately, I just didn’t get the reps in with it, as I was prepping for a tournament I didn’t end up going to. Well done, Rowan. Subsequently, GW went and entirely killed the game for no reason*, so this deck will be one of casual play only, but I was low-key convinced it had legs before, and that still remains.

I have to thank Dan Carne for his collaboration over FB, he and I worked on this for a while and came up with a pretty tasty build.  Killing Ground and Pure Carnage both turn Goblins' limited lifespan into a feature, while the Hero Slayer Inspired Attack/Upper Hand combo is just plain rude.  I might slip it up and use it as my intro-deck for new players, as it’s chaotic and friendly. Just like my children.

Popular posts from this blog

How to become a Git

This post is probably a long time in coming, but I thought I'd better discuss how to approach the Gitz if you're a newer player.

For long-time readers (if there are any) it probably hasn't escaped your notice that I've not posted many decklists. That's been a conscious decision on my part: I'm the first to admit that while I'd regard myself as a competitive player, I'm raising two little Goblins of my own (the younger one is five today - happy birthday Emma!), so my opportunities to test the theory is somewhat limited.

So, while I can't provide a concrete endorsement of the Best Possible Gitz Deck (tm), I am more than comfortable providing a starting point for newer players

In addition I'll also put together a Buyer's Guide that will lead into a decklist. I'll also give some overall commentary on how best to get the Gitz to function as an entity. I've covered this previously, talking about individual fighters' rol…
2 comments
Read more

February 16, 2020
Warhammer Underworlds is a competitive game. GW tell us that at every opportunity; and by-and-large that’s a good thing. Competitive games are good. Tournaments are fun; but it does have the unfortunate effect of creating a winner-takes-all mentality, that can be hurtful to players, and to the game alike. So, what do we do when the results don’t go as planned?
Managing expectations


There is one glass trophy on offer per tournament (now with fancy Masters code!). We implicitly understand that, if there’s 15 people at the tournament, most of them will be going home in varying shades of disappointment. Disappointment is a crappy emotion at the best of times, but when it is married with a competitive environment, where the W is largely all that matters, it can be hard to get over. We’ll talk about how you can manage the disappointment later, but for now, let’s talk about laying the groundwork to have realistic, helpful expectations. Given that we know that only one player can win, what ca…
Post a Comment
Read more

Introducing Dice Positivity: Why Punishing Dice is Hurting Your Game

Dice are complicated little creatures. They have many sides to them*

Owning dice is a pleasure. We love dice.  They allow us to play Underworlds, they enrich our lives, and in some cases, the enrich lives of our children or loved ones. We love their crazy antics, the way that they eagerly roll crits when a single support would do.
But owning and rolling dice is also a big responsibility. Dice can sometimes do the wrong thing, and sometimes their behaviour will be very disappointing. It can be hurtful when the behaviour of our dice isn’t nearly as good as that of our opponent, whose defence dice obediently show up crits on demand, and the only time they roll dodges for Shield warbands is when they’ve played Rebound, while your dice are busy getting cocked or falling off the table. In those times, it can be tempting to punish your dice – to put them in Time Out, dice jail or in some ext…
2 comments
Read more